Royalty structure
Starbucks made usage of an international company structure, which allowed low taxation on ‘royalty income’ from all different Starbucks branches from all over the world. Which is meant to increase the nett profits and dividends for its shareholders.

How does that work exactly? Well, Starbucks registers its brand name in an LLC in a certain country with lox taxation. It leases the usage of the company name to the Netherlands, who collects the royalties (tax-free) from more than a 100 countries worldwide. Because of the Netherlands extensive tax treaties.

Starbucks came in dispute with the Netherlands’ tax agreements, following the public outcry over the disclosures from the Panama Papers and Offshore Leaks.

Europe ruled the tax deals to be illegal under European law. Eventually Starbucks did win the case in appeal.

Starbucks as a business model

Starbucks originated in Seattle, USA. After great success of the business, the company quickly found itself franchising and expanding internationally. The rest is history, Starbucks is one of the biggest franchises in the world.

The brand is so widespread that some fans have actually calculated how far they are away from a Starbucks, according to an article from The Atlantic, Chris Meller ran a website called socratsa.com, in which he had created an open source dataset on the store location data of Starbucks.

The furthest anyone in the United States was away from any Starbucks, was approximately 309 kilometers in 2014.

Starbucks has expanded throughout Asia, Europe and North America. And they have in Korea the most stores in a single city.

In many cities, Starbucks has multiple stores, that actually seem to compliment the overall brand sales, rather than diminish the turnover per store. The iconic ‘Frapuccino’ does not seem to saturate the Starbucks coffee fans.

Another take on the business model is from a market perspective. Starbucks regularly changes it assortment, offerings and type of products. Certain marketeers keep track of such marketing and branding tactics.

Marty Neumeier, author of ”The Brand Gap” is an expert at marketing, who has made an analysis on the brand. Usually he says, the best chance to make a sale is the retail package. The appearance of the design and model can highly affect consumption.

Many major brands, from time to time change the packaging, if it shows an increased amount of sales in their control groups.

Recently the big retailers are including more and more personalization. Coconut milk, vegan options, gluten free? It is all possible at your average Starbucks.

Would you like to know more about Setting up a Dutch company, and the tax advantages your company might profit from? 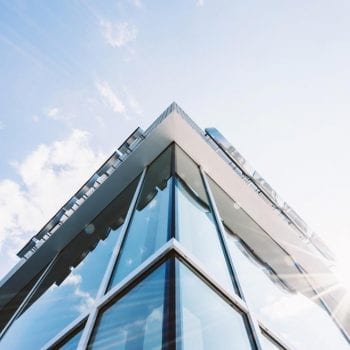