The Dutch speak english very well. Linguistically Dutch is one of the languages which have a close relation with English. The two languages have much in common looking at both grammar and vocabulary. Also quite a percentage of media is in English. Doing business in Holland can therefore be done in the english language. Read more in this blog about why the Dutch speak english so well.

English products in Holland are common

Because the Dutch speaking community is relatively small, they learn to speak English from an early age. Lots of English and American tv and movies, conveniently subtitled. Lots of English/American music. Looking at Germany or France, they generate a lot more culture in their own language. Also the Germans dub their foreign tv programs instead of using subtitles. It is also easy for English spoken and written products to find their way into the Netherlands, because the Dutch are fine with it.

Looking at the above, in Holland everyone grows up with the “correct” pronunciations and therefore have less trouble pronouncing English words. 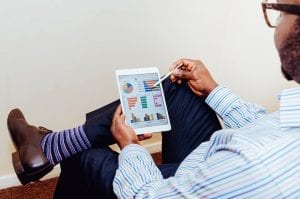 English is used in elementary school

Not long ago a bill was proposed to let schools teach 15% of their classes in another language. As Holland has a very open economy, the Dutch earn their money often in foreign countries. You meet many people that speak foreign languages, no matter where you work. Learning foreign languages is very important for students, since in the end it can improve the competitive position of the Netherlands in the world economy.

The Dutch are anything but isolated, they have a lot of neighbours in Europe. They have trading with these neighbours for many centuries and they need to speak other languages in order to facilitate the trade. Business meetings are in English if there is even one person in the meeting who cannot speak Dutch. There are courses in Dutch universities which are conducted in English just to make them more accessible to foreign students who aren’t fluent in Dutch and don’t want to be at a disadvantage.

Would you like to get in touch to receive more information on doing business in the Netherlands? Please contact us by phone (+31 6 42 31 1000) or send an email at [email protected]. Of course our conversation will take place using the english language!